In early 2017 PPMD launched our Gene Therapy Initiative, a long-term concept that seeks to accelerate the potential of gene therapy as a therapeutic for Duchenne. Our early strategy was to bring attention to and fund key questions that must be answered in order for the technology to progress towards approvals.

Additionally, the Gene Therapy Initiative intentionally contains an educational component as, while promising, gene therapy is new and presents different questions and considerations than those of previous therapies.

What is gene therapy in Duchenne?

Gene therapy for Duchenne is centered on the goal of successfully introducing a smaller, but efficient version of dystrophin into the muscle cell. The most logical protein to introduce is dystrophin, the protein that is missing in Duchenne. Because dystrophin is such a large protein, smaller versions, referred to as micro-dystrophins are inserted into the delivery vehicle which is typically a virus. Other muscle stabilizing proteins, such as follistatin, GALGT2, biglycan, and others can also be introduced through gene therapy with the aim of compensating for the missing dystrophin.

Scientists had to find a way to deliver these proteins into muscle cells. This was challenging because our bodies are made up of so many muscles, many of which are difficult to reach. Scientists finally found a way to do this, by harnessing nature’s own delivery system – a virus.

In nature, viruses are designed to enter the cell nucleus, essentially “infecting” it, and depositing their own genetic code to start producing more virus. Over many years of painstaking research, scientists have found a virus that infects muscle cells. They removed the qualities or genes that make humans sick ( a term known as gutting the virus).  Researchers today are using an adeno-associated virus, often referred to as AAV, as viruses have evolved over time to deposit their own genetic code into cells. Viral delivery harnesses the virus’s natural ability to deposit genetic material right to the muscle cell nucleus. The result of this viral “infection” would be the successful recoding of each muscle cell in the patient’s body.

While this may seem simple, this is a big moment for gene therapy, even outside of the Duchenne community. The FDA’s recent approval of Kymriah (a gene therapy that treats an aggressive type of leukemia) in August of 2017, Luxturna (a gene therapy for a certain type of vision loss) in October of 2017, and Dr. Jerry Mendell’s recent success with gene therapy in Spinal Muscular Atrophy, are great examples of why it is one of the most promising therapeutic approaches out there.

Another promising gene therapy, one that uses the viral delivery system, is Clustered Regularly Interspaced Short Palindromic Repeats, or CRISPR as it is commonly called. In this strategy, a bacterial defense system (or molecular scissors) that can cut DNA is guided to specific spots of DNA, where it cuts the DNA. The DNA then heals, and a modified dystrophin production is restored. This is often thought of as permanent exon skipping.

Since the launch of the Initiative, PPMD has funded over $3 million in a variety of gene therapy and related approaches to several institutions, including micro-dystrophin gene transfer, CRISPR/Cas9, Dup2, and GALGT2, as well as research into the effects of gene therapy on the heart and potential immune responses gene therapy may provoke.

This investment is to carry out a Phase 1 clinical trial designed to explore several issues confronting gene transfer such as systemic delivery of the virus (vector that carries the micro-dystrophin) and questions around antibodies to the virus (whether the immune system has seen this virus and developed resistance)  or to the microdystrophin in order to maximize our knowledge of safety and to broadly apply learnings to individuals with Duchenne. To date, only a few patients have been dosed.

PPMD’s initial investment in the laboratory of Dr. Eric Olson at UT Southwestern was to further research the potential of CRISPR/Cas9 in Duchenne and build on his previous work. This grant brought focus to essential questions that have to be examined.

CRISPR/Cas9 has the potential for off-target effects as it works through the precision of the molecular signposts, or guidewires, pinpointing where to deliver.  In other words, to ensure safety, we have to make sure the molecular scissors targets only the dystrophin gene.

Through this grant, Dr. Olson examined the stability and functionality of edited forms of dystrophin, assessing possible off-target effects in mouse models, developed for this specific question, in order to determine the safety of this approach.

PPMD awarded Dr. Kanneboyina Nagaraju and his team at Binghamton University’s School of Pharmacy and Pharmaceutical Sciences a $329,000 grant to continue his work examining the immune response to the production of new dystrophin protein, resulting from exon skipping and gene therapy treatments. This is an important next step in our exploration of both gene therapy and exon skipping as potential treatments for Duchenne.

To better understand the role of the immune system on dystrophin restoration, Dr. Nagaraju will explore the combination of exon skipping or micro-dystrophin gene therapy with an immunosuppressive treatment, using one of the following drugs:

PPMD awarded the University of Missouri School of Medicine a grant for $105,000 to continue development of a minimized dystrophin gene aimed at protecting cardiac function in people with Duchenne. The project is led by Dongsheng Duan, PhD, Margaret Proctor Mulligan Professor in Medical Research at the MU School of Medicine.

This research project will investigate two different regions of the DMD gene to improve cardiac function. In patients with some expression of dystrophin, the absence of a particular region of the DMD gene was associated with higher incidence of cardiac disease. Presumably this region is important for protecting cardiac function. This region, termed the heart domain, will be incorporated into a modified mini-dystrophin gene.

Another region, known as the CT domain, was recently associated with milder cardiac disease. The CT domain was not included in the mini- or micro-dystrophin genes in current clinical trials as it had no contribution to skeletal muscle. This CT domain will be combined with a mini-dystrophin gene and evaluated for its ability to protect cardiac function in a pre-clinical model. Exploring both of these regions, the heart domain and the CT domain, will provide insight into how mini- and micro-dystrophins can be constructed to best protect the heart.

PPMD announced that Drs. Paul Martin and Kevin Flanigan from the Research Institute at Nationwide Children’s Hospital have completed work under a $100,000 grant exploring GALGT2 gene therapy technology as a potential treatment for Duchenne.

The absence of dystrophin in muscle cells leads to membrane instability, which contributes to Duchenne’s progressive muscle wasting. Over-expression of the GALGT2 gene has been seen to improve muscle pathology in pre-clinical muscular dystrophy models. This gene therapy strategy will not restore dystrophin, but recruit dystrophin surrogates to compensate for the lack of dystrophin and protect the cell membrane. GALGT2 therapy, if successful, could be delivered to any person with Duchenne regardless of their mutation(e.g., deletion, duplication, non-sense mutation). Additionally it has the potential to work in combination with other therapeutic strategies.

PPMD awarded Drs. Melissa Spencer and April Pyle from the David Geffen School of Medicine at UCLA and the Center for Duchenne Muscular Dystrophy at University of California – Los Angeles (UCLA) a $175,000 grant to continue their work optimizing a CRISPR/Cas9 platform to treat people living with Duchenne.

Dr. Spencer and her team are working on the following efficacy and safety improvements for CRISPR/Cas9:

As part of PPMD’s Gene Therapy Initiative, we reached out to NYU’s Division of Medical Ethics with the goal of initiating a Working Group to identify and address these emerging ethical issues surrounding investigational gene therapy studies in Duchenne and the broader pediatric patient community.

The goal of the Pediatric Gene Therapy and Medical Ethics (PGTME) Working Group, supported by funding from PPMD, is to advance research, policy, and education, by promoting improved understanding of the challenges and best practices for ethical research across the evolving landscape of genetic therapies. This working group includes a range of stakeholders to include patient advocacy, law, medicine, clinical research, and the biopharmaceutical industry.

As the community enters the era of gene therapy, many new concepts, terms and issues arise, ones that families have not had to consider before. PPMD has conducted webinars and held Annual Conference sessions focused on different aspects of gene therapy: 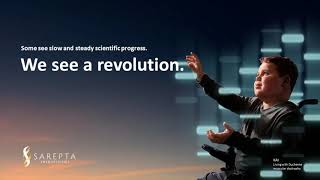 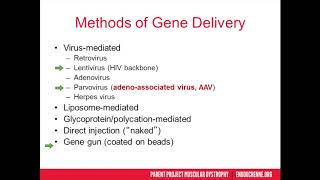 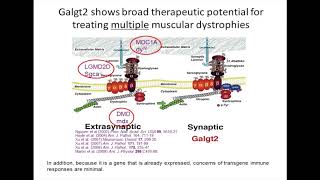 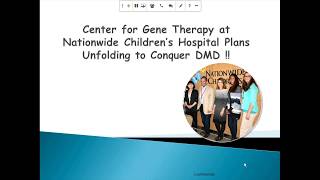 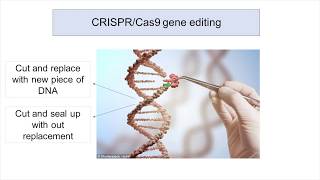 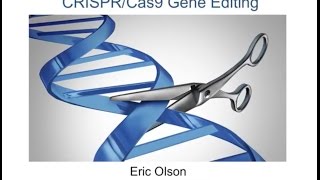 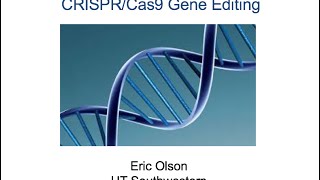 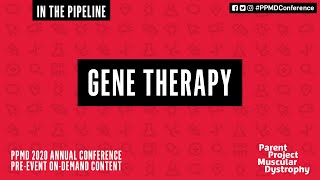 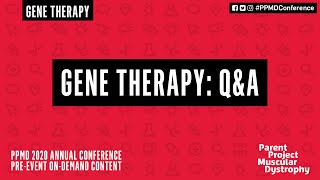 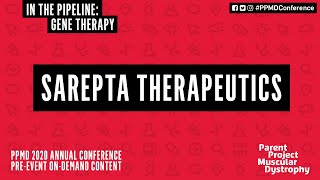 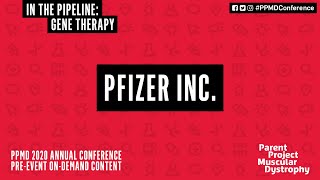 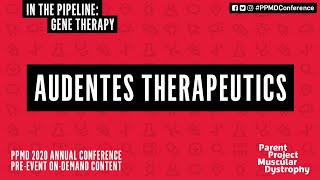 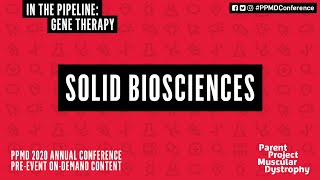 The Future of Gene Therapy Initiative

PPMD continues to evaluate opportunities to further the promise of gene therapy for Duchenne, such as the development of a virally delivered exon skipping therapy for exon 2 duplications, and virally delivered GALGT2, a protein that compensates for the lack of dystrophin. As with all of our investments, we believe it is essential to accelerate options for all individuals diagnosed and invest in work across approaches, targets, and methodologies. At this early stage, it is prudent to diversify and invest in other gene therapy strategies in order to develop options for all.